After posting the Curiosity Round-Up last night, it was amazing to watch the events of the landing unfold.  We landed a mini-cooper sized robot on Mars by lowering it down by a rocket-propelled Sky Crane, and then it started sending back images!  It was an amazing feat.


Someone posted this today on about a billion websites: 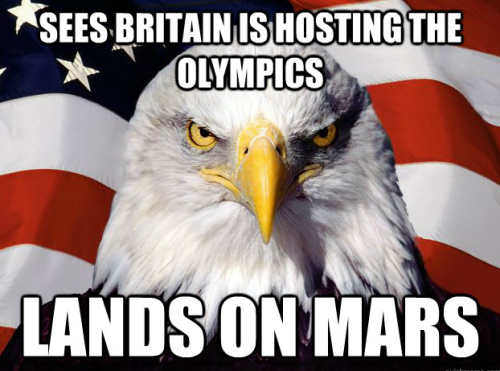 I enjoyed watching the Virtual Landing Party, a Hangout on Air, hosted by Fraser Cain of Universe Today, which featured a number of astronomers discussing the events.

This stunning image is IMO the best so far returned from Curiosity, as it shows 2 of the rover's wheels, its shadow, and Mt. Sharp, Curiosity's target area, in the background. 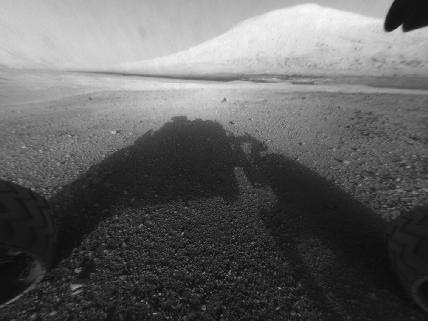 One of my favorites, however, is this one sent back by the Mars Reconassaince Orbiter, which has been in orbit around Mars for the past 6 years, taking images of the Martian surface.  Here it captured Curiosity on the way down with the parachute deployed, as well as Curiosity's heat shield, still in descent, after it was shed from the space craft. 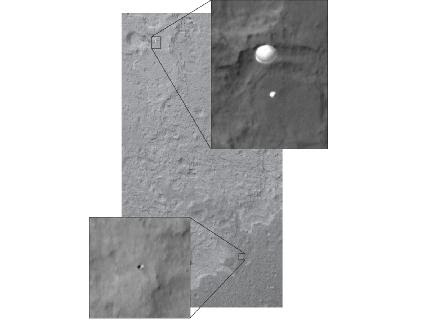 Way to stick the landing, NASA!  There ought to be a dozen gold medals for this one.